MY HERO ONE’S JUSTICE is a fighting game based on the Shonen Jump manga series.

The title will include characters such as Izuku Midoriya, Katsuki Bakugo, and Tomura Shigaraki to battle in destructible environments.

The final game will include sidekick options to aid in combat and Quirks to deploy explosive attacks. 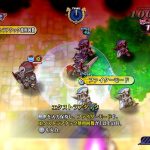 Next Story:
The Princess Guide to trek PS4, Nintendo Switch