Between June 11 and June 17, Kirby Star Allies sold 7,698 units to rank as the No. 5 best-selling software for the week. 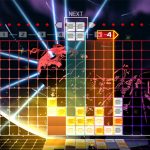