CD PROJEKT RED this week said it will release Cyberpunk 2077 Sony Corp.’s PlayStation 4, Microsoft Corp.’s Xbox One and the PC.

Cyberpunk 2077 will be released at a to be determined date. 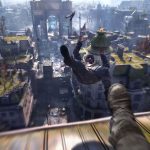 Next Story:
Dying Light 2 to infect PS4, Xbox One, PC