This week, Mario Tennis Aces ranked as the No. 18 best-selling Nintendo Switch software at the Nintendo eShop.

Between June 1 and June 3, users previewed Mario Tennis Aces prior to launch.

Participants received Mario’s Classic Outfit to be used in the full game. 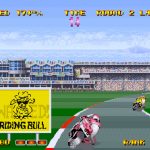