Media Create Co., Ltd. this month said sales for Sony Corp.’s God of War for the PlayStation 4 declined in the latest weekly retail data from Japan.

It ranked at No. 12 in overall game sales for the week. 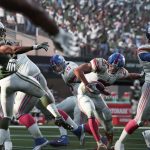 Next Story:
Madden NFL 19 to tackle PS4, Xbox One in Aug.