PS4 No. 2; The Caligula Effect: Overdose No. 1 in Japan sales

The Caligula Effect: Overdose ranked as the No. 1 software selling 20,399 units for the week. 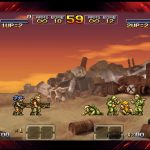 Next Story:
Xbox One X sells 54 units at Japan retail