Naruto to Boruto: Shinobi Striker to bout PS4, Xbox One, PC in Aug.

Bandai Namco Entertainment Europe this week said it will release Naruto to Boruto: Shinobi Striker for Sony Corp.’s PlayStation 4, Microsoft Corp.’s Xbox One and the PC will be released Aug. 31.

The final game will include trademark Naruto characters, vertical running, and co-op functionality.

The Uzumaki Edition will include the base game, season pass, and Naruto and Boruto figurine. The season pass will include nine DLC packs and the Great Sages of the Mount Myouboku accessory. 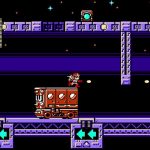