Nintendo Co., Ltd. this month previewed activities for the E3 video game trade show to be held in Los Angeles in June.

At 9 AM PST, June 12, Nintendo will hold a Video Presentation to preview Nintendo Switch titles to be released in 2018, including Super Smash Bros.

Finally, the Super Smash Bros. Invitational 2018 will be held June 12 after the conclusion of the Splatoon 2 World Championship. 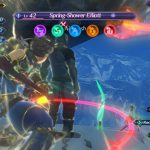