Pre-order sales for Sony Corp.’s PlayStation 4 Pro 1TB God of War Bundle held a sold out status this week at Amazon.com due to strong demand.

This week, the PS4 Pro 1TB God of War Bundle was unavailable to pre-order at the retailer.

The product ranked as the No. 1 New Release in the Video Games division. 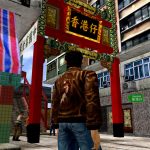