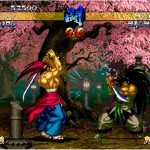 Next Story:
Nintendo Switch No. 1; Kirby Star Allies No. 4 in Japan