The trailer includes story and gameplay rebuilt with the Dragon Engine.

Yakuza Kiwami 2 is a remaster of the 2006 Playstation 2 release. The title will be rebuilt in the Dragon Engine used in Yakuza 6: The Song of Life.

The final game will include re-recorded cutscenes and key voiced lines, in addition to an all-new scenario featuring Goro Majima 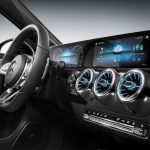