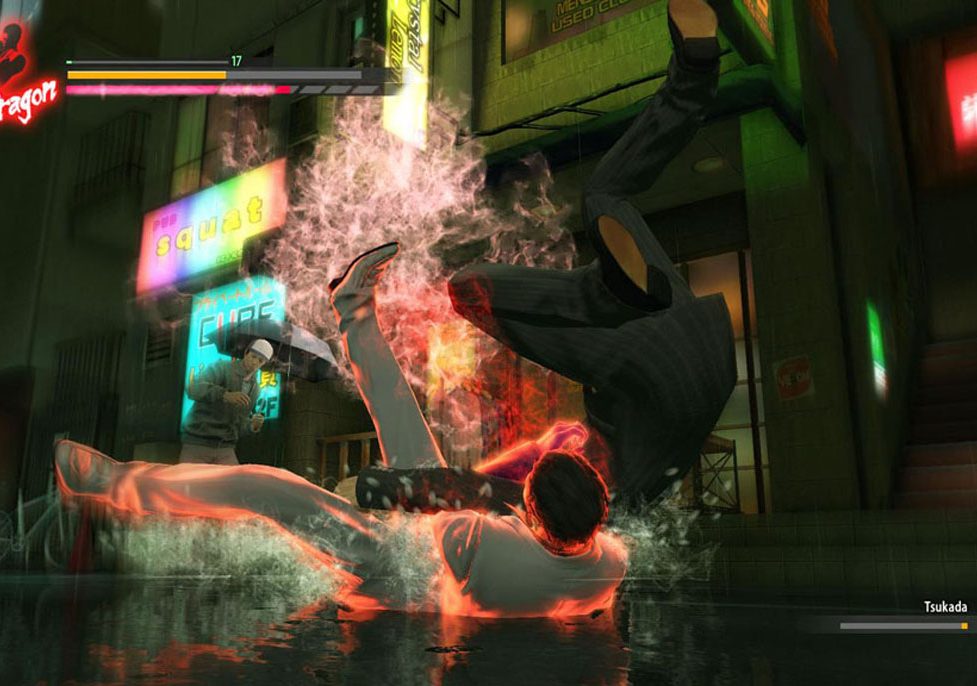 In Yakuza Kiwami, Kazuma Kiryu is Lieutenant Advisor in the Dojima Family. To protect his friend Akira Nishikiyama, he takes the blame for the death of clan patriarch Sohei Dojima after Nishikiyama kills him for kidnapping childhood friend Yumi Sawamura. Kiryu is jailed for 10 years and subsequently paroled to discover an uncertain new world.

Kiryu will encounter a range of foes in the city from low-level employees to gang bosses. To combat them, three battle styles from Yakuza 0 are included in Yakuza Kiwami – Brawler (balance), Rush (speed), and Beast (power). The final style, Dragon, must be earned in battles agaist Goro Majima, who challenges Kazuma throughout the game.

The battle styles add a lot of options to pummel each opponent, some of which can be frustratingly good. Fortunately, each style can be changed dynamically in battle and can be upgraded via the Ability Wheel in Body, Soul, and Tech properties.

Between fights, Kiryu can spend time in Kamurocho to purchase items, talk to residents, or enjoy the nightlife. Kiwami adds more nightlife spots to the original game to allow Kiryu to bask in his gangster lifestyle with mini-games that include Black Jack, Darts, Pool, Mah Jong, Karaoke, or a card game with female wrestlers called Battle Bug Beauties.

The graphics engine is solid at 1080p resolution and 60 frames-per-second. Kamurocho in high-definition is a bustling red light district with crowded streets and seedy clubs. The characters of Yakuza are well-rendered with plenty of thugs that look authentically sleazy. Audio, which was re-recorded for the release, includes original Japanese dialogue for added authenticity.

Yakuza Kiwami is a solid action RPG that expands on the original and preserves its classic beat-em-up action. From daily brawls to lively nightlife, the Yakuza life is never dull.